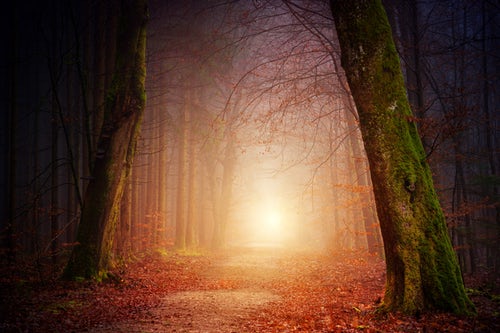 Today I thought I would toss out my latest thing.  My Royal Road account is linked at the top of the main page.  I though i would promote a big in this blog, because I am going to start posting more there besides some short stories.  I just put up a chapter for an idea i had.  It was more of a concept piece for something I might do more work on when I am caught up on other projects.  It would be kind of cool though to get feedback and thoughts on something before I go head first into it.

Basically, what if Magic, or something that enabled it to exist in our world was unleashed?  I had been dabbling with the idea for a while and trying to figure out how to make it work.  I decided that a portal to another dimension was opened as the result of an experiment.  No one noticed though.  A foreign particle started to creep into our world.  It didn’t effect anything though.  It did however, enable some people to be able to wield it in a manner that emulates magic.  There is a lot more and feel free to go read it and leave some notes.

On the other fronts, this is for my one avid reader, HI MOM!!!  I am working on a Time Travel book.  I have seen a lot of nostalgia in books and movies, so I decided to take a crack at it.  Now I have a Time Traveling Geek amassing collectibles from when they came out.  There is a lot more to it than that, but it is enough of a teaser to peek interest. That one started good but I stopped at 130 pages.  Trying to figure out where I want to go in history and mess around got kind of hard after that long.  It’s just a matter of research before I get back to that.

I also had a book on the back burner that I hadn’t looked at in over six months.  So long i forgot where I was in it.  I just finished editing what I have so far and am back to work on that.  I was 170 pages, 49k words, into it when I stopped.  My plan is to try and have that one done by the end of the month.   It looks like this one will easily have a sequel, if not two.  Great another trilogy.    This one will be easier though.  It’s science heavy and I had to do some research and then make it palatable for the reader.  A lot harder than one would think.

The point is that it might be a slower read than I wanted.  But the sequel will be much faster paced and exciting.  It had to be done, because between character development and backstory on the science stuff I was pretty far in.  Unless you like books the size of War & Peace I recommend breaking it up.  I like smaller tomes myself.  450 pages is where I like to top out when reading.  I suppose if you are hooked on an E-Reader cool, go big.  But I am a fan of real books.

I do like my kindle, but I have habits I like.  And trying to lie in bed at night holding a book over 400 pages is a bit cumbersome.  So I take my tastes into account when I think length of my tales.  Just think, someday they might be good!

I think I have rambled on enough for today, so go forth and have fun.